For the past few weeks, I’ve tried to organize my life in Notion, and in this post, I’ll share how I’m using it so far, what I’ve learned, and how I hope to use it going forward to live a more productive life 🤓

One of Notion’s biggest strengths is how customizable it is for creating the perfect productivity system. But as soon as I started doing so, I realized that its near-infinite potential for customization was also its biggest impediment to my actual productivity!

Most mornings and nights in Notion to this point have been spent trying to craft the perfect productivity system, rather than — you know — actually using it to be productive. Shout outs to Thomas Frank, Ali Abdaal, Jeff Su, Tiago Forte, and several other productivity YouTubers for creating so much content to be immersed in and keep me from actually being productive 😅

So my first tip for using Notion is to focus on actually using it to produce content, capture knowledge, take notes, track tasks, and just use whatever system is in place at the time, without getting too caught up in how to organize it at first. Over time, the ideal organization system for you will emerge from the chaos, and that’s when it makes sense to create a system around it.

Here’s a list of areas of life I’m using Notion to organize and thoughts on how it’s going:

This is still in the early stages, but I’ve started tracking personal (and increasingly work) tasks in a database, filtering out tasks that I mark as done, creating a simple to-do list. My goal is to start doing weekly task planning to populate this list with my priorities, but right now it’s a pretty ad hoc practice. But it’s already nice to have a common place to store to-do’s outside my brain.

As a minor complaint, I wish Notion’s iOS widget could display actual page / database content instead of just linking to a particular page. One of the best ways to make sure I complete tasks is to keep them front-and-center in my attention, and unlike Todoist or Apple Reminders, I have no way of seeing my tasks from my iOS home screen until I click into Notion. At that point, I might as well just use the normal icon to launch the app instead of the widget. Get on this, Notion!

Additionally, my girlfriend and I often use Apple Reminders to track shared lists for things like groceries and camping gear checklists, and Notion’s too heavy-handed of a tool for her to adopt. We’ll see how this goes at Notion becoming my task management system. Stay tuned.

Probably the most frequent reason I open Notion is to capture notes for personal and professional projects. The vast majority of the time, my notes only involve bulleted lists, so Notion’s text editing is more than sufficient for my needs. My notes are entered into a database that automatically populates a date / time created property, and as I’m getting organized at night or throughout the day, I’ll typically add the relevant project the note is associated with, making them easier to group and retrieve later. But compared to opening up a new Google Doc for each note, having them all captured in Notion feels useful, efficient, and productive.

The most important need for a note taking app is its availability when the need strikes. I’m usually well into a work conversation or moment of inspiration when the need to write down my thoughts emerges, and the fewer clicks it takes to go from “aha!” to “type-type-type-type-type”, the better. I keep Notion up and running on my laptop throughout the day, so it’s pretty accessible. But Apple Notes’ integration into MacOS and iPadOS such that you can easily gesture to bring up a new note is really appealing. Again, we’ll see how Notion goes for now, but I could see Apple Notes being an even lower friction tool for capturing thoughts in the moment.

I sporadically follow a morning routine of writing a daily journal entry as I drink my morning latte, and I capture them in Notion. My prompt here (populated from a template) asks three recurring questions:

Again, having all of my journal entries captured in the same place is convenient. I don’t know if I’ve ever gone back and read previous entries, but it’d be cool to pass them on to someone when I’m gone. In case I ever do, it’ll be nice to have them all in one place.

In addition to my private writing, I’m also using Notion to plan, draft, edit, and publish posts to my blog, including this post. Again, Notion’s text editor does great here, with lots of formatting options. It’s also great working in the same space where I keep tasks, notes, and other information for easy referencing as I write (this post is a pretty meta example of that).

Over time, I hope to build out more of a content calendar to plan posts I’m planning to write. I’d love to formalize the workflow of going from idea to outline to draft to published post as well. But as I get started on building this writing habit, Notion’s working great so far.

One of my favorite parts of my Notion workspace has been establishing a vision and strategy for my life. As a way of turning a product thinking lens on my life, this section includes separate pages for:

Like my professional work, I find that the clarity of purpose and strategy of product thinking applied to my life gives me a framework that makes everything fit together and start running more smoothly, so I’m really enjoying cultivating my thinking about this.

Finally, I’m gradually working on converting my personal website to being built in Notion and published through a platform called Super. I think this could be a great way to improve the workflow between writing and publishing blog posts, and being able to use Notion’s content editor is again very familiar and suitable for my needs. Using a custom domain does require a paid Super account, which is $12 per month (compared to $9 per month for my current website built on Ghost). There are some oddities that I’m working through, but I’m hoping to get my redesigned website up and running over the next couple weeks.

All in all, I’m really enjoying Notion as a digital second brain (ronOS). It’s taken a good deal of time to get past system building and really focus on capturing and organizing content in it, but it feels like I’m rounding a corner and starting to get a lot out of it. I’ll be reading Tiago Forte’s new book, Building a Second Brain, applying the ideas here, and sharing progress along the way. More updates to come as my digital knowledge base evolves! 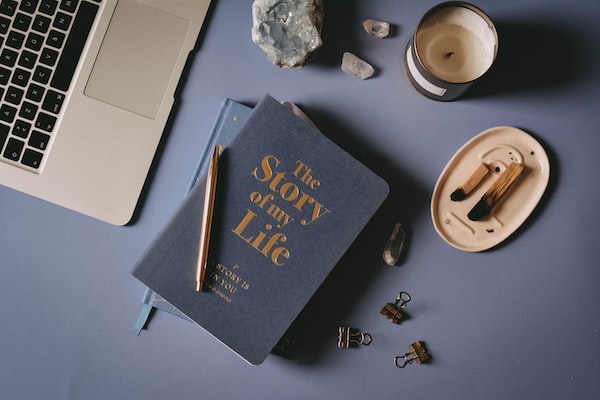 Virtual and augmented reality will transform the way people get things done in the future. Oculus Quest recently introduced multitasking as an experimental feature, taking a step toward this new way to accomplish things in VR. Here are a few best practices I’ve discovered throughout its development.